Certainly the past year and a half has been an unusual time to follow trends. However, a clear trend has been emerging for some time now: the growing movement towards low-alcohol, non-alcoholic drinks. Perhaps driven by changing drinking habits, increasing attention to health, or the reluctance of young people to drink too much because of potential exposure to social media, or even because of movements like ” Dry January ”or“ Sober for October ”, beverage producers quickly wake up to the potential of the market. According to the IWSR, a company that analyzes global beverage trends, the market for low-alcohol and non-alcoholic beverages continues to grow, with consumption expected to increase by 31% by 2024.

As more and more beer producers have taken advantage of the trend by creating alcohol-free versions of their products, so have spirits producers. In the past year alone, dozens of new products have appeared on the scene that mimic the flavors and textures of basic spirits such as gin, tequila, bourbon, and amari or bring flavor profiles entirely. new to the Bartender’s Toolkit. For savvy bar and restaurant operators, there is a huge opportunity to better serve their customers, increase profitability, and help shape the drinking habits of tomorrow through creative experimentation with alcohol-free spirits.

Kraig Rovensky, managing director of Life on Mars in Seattle, was initially skeptical when he saw these products hit the market a few years ago.

“I’m not ashamed to admit that at first I thought they were stupid,” he said with a laugh, “which I now totally regret! It wasn’t until I worked at Deep Dive in Seattle and had to use them that I changed my mind. I think the category has grown a lot. We have more and more interesting products with better flavors and textures coming out all the time and I can be creative in new ways.

Rovensky now includes three non-alcoholic cocktails on the Life on Mars beverage list under the title “Low to No Proof”. Not only has he noticed that interest in the category has increased, but it has also become more socially acceptable for customers to order them.

“We were constantly asked for them, so we put a few on the list first, and we continued to sell them at a decent price,” he said. “There really is a wide range of reasons people seem to seek out alcohol-free options. Maybe they stop drinking, and this allows them to resume the pleasure of having a drink. Or maybe they just know they shouldn’t have another drink for the night, but their friend has one, so they can take an N / A that’s still fun, with complex flavors and depth. .

For many years, bartenders offered “mocktails” which were simply blends of different juices, but now with the ability to create more classic cocktail recipes by replacing traditional spirits with their new non-alcoholic brethren, the options for tastier drinks are endless. And while there is some debate over the name of these new drinks – mocktails, mocktails, N / A, Low-proof, non-spirits – the consensus is that the category has evolved to a new level.

Jeff Russell, above, founder of Bespoke Social Club, a collective of New York City bartenders and mixologists who create personalized tastings, classes, and experiences for various businesses, has embraced these products as well.

“I feel like over the last few years we’ve gone from ‘mocktail’ lists that were just random juices / seltzer, to well-crafted N / A cocktails, ”Russell said. “And even the word ‘mocktail’ has almost become a derogatory term. They were usually mixed up with whatever was on hand, lacked balance, and lacked the thoughtful approach to most restaurants’ cocktail lists. When using an N / A spirit, you can gain texture and complexity that would be harder to find by simply using standard juice and syrups. And I find that current N / A offers are generally tested, thought through with staff, and strive to achieve the same balance as any drink in a restaurant’s program.

Like many other emerging trends in the beverage world, the first consumer interaction with non-alcoholic spirits is through trusted taste makers. One of those influencers is longtime New Yorker bartender Vincent Favella, who, in addition to working around the city at beloved cocktail venues, is also the bar manager at Alamo Drafthouse Downtown Brooklyn and Alamo Drafthouse. Manhattan. He divided the different options into categories. For example, anything that contains gin-like herbs or spices works well as a replacement for gin and tequila, allowing bartenders to create low-strength variants of Martinis, Margaritas, and Gimlets.

The question that arises for any operator or bar manager around these products is simple but essential: “What should we charge for these products?” And the response that many find is encouraging. Because these drinks are not only made from a creative blend of juices and syrups, but rather are thoughtfully created and much more complex, customers are willing to pay a little more for them.

“The art always lies in the creation, composition and execution of the cocktail, so I often charge only $ 1 or $ 2 less than the average price of the cocktail on the menu,” said Favella. 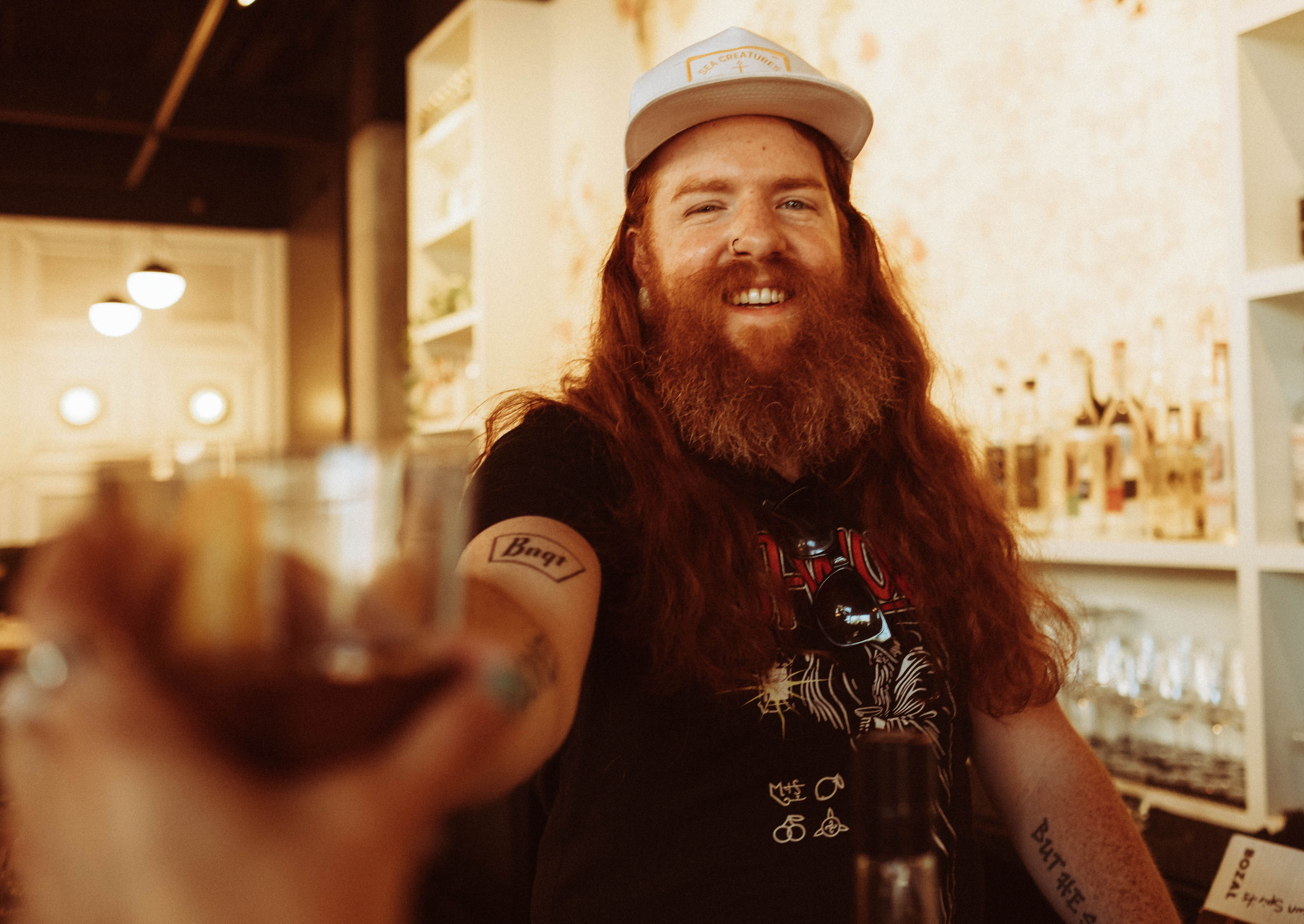 In Seattle, Rovensky, above, approaches pricing the same way.

“I have found that as the public becomes aware of these products, more bars start to buy them, as more and more people experience them, you can really charge them almost prices. of cocktail. What We Need: The nature of the food and beverage industry is that we operate on small margins. Personally, I hate to approach the business side, but people sitting in a seat drinking juice won’t pay the bills. But people sitting in a seat, enjoying a drink prepared with the same care and attention as any cocktail on the menu.

Rovensky is particularly excited about the future of the category and, in addition to his already extensive efforts in the industry, has taken on the role of brand ambassador for The Pathfinder, which is a fermented and distilled hemp-based spirit. , similar to an alcohol-free amaro.

“I’ve seen the whole range of non-alcoholic vodkas, gins, rums and whiskeys, but I think my favorite examples so far are those that don’t mimic a specific spirit. This is what I like about the Pathfinder; Amaro already has such a wide spectrum of flavors that making an N / A makes perfect sense. Or a brand like Wilderton, which doesn’t try to be a gin, it tries to be its own thing. I want to see the industry move in that direction, where an N / A can be anything. We are not tied to definitions of a mind. So let’s be wild.

David Flaherty has over 20 years of experience in the hospitality industry. He is a Certified Wine Specialist, Certified Cicerone, and former Director of Operations and Director of Beer and Spirits for Hearth Restaurant and Terroir Wine Bars in New York City. He is currently Marketing Director of the Washington State Wine Commission and writes about wine, beer and spirits in his blog, Grapes and cereals.