The many rounds of Covid-19 restrictions have left most of us exhausted and one of the hardest hit sectors is the F&B industry.

Dignity Kitchen, a food court in Boon Keng that employs people with disabilities, is a facility that is feeling the effects. In fact, business is going so badly that they turned to Facebook yesterday (September 27) in hopes of gaining public support.

“Once again empty tables at Dignity Kitchen,” the post read, which was accompanied by a series of photos showing the premises looking like ghost towns.

A photo also showed staff lined up behind counters, patiently waiting for customers.

The post has met with a wave of support online – at the time of writing, it has racked up over 1,400 times and over 100 comments.

A number of netizens have promised to visit the food court in their free time.

Some netizens even stepped in to recommend their favorite menu items. 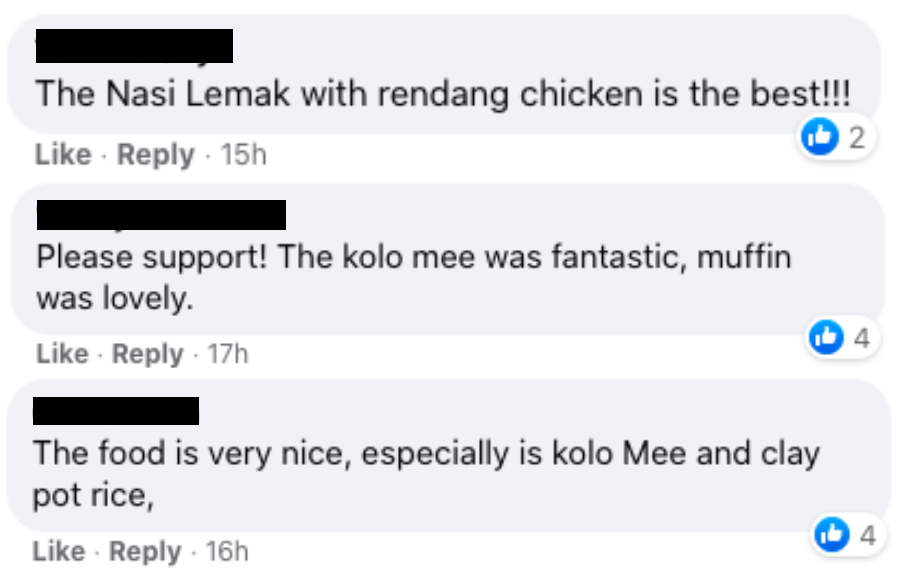 If you’d rather not dine there, they also offer take-out and bento menus with halal offerings and vegetarian options.

Each bento costs $ 10 per person. Options include baked chicken with a mix of spices and a seared fish fillet with teriyaki sauce.

And if you order a minimum of 10 sets, you’ll get a reduced price of $ 8 per person.

Designed in 2006 and established in 2010, Dignity Kitchen is Singapore’s first social enterprise kitchen. It was founded by Koh Seng Choon, who used money from his savings, a remortgage property, and his late mother’s inheritance to fund the project.

The brand’s mission, according to their website, is to “restore dignity to disabled and disadvantaged people through a passionate vocation”.

This is not the first time that the company has gone through a difficult period. When Koh launched Dignity Kitchen’s first outlet in Balestier Road, he says he made no sales because his interns wore badges indicating their disabilities and customers would avoid them. Some customers would even ask if they “died while eating the food”.

Today, the social enterprise has grown to include Dignity Learn, a hawker training school for unemployed adults with special needs, and Dignity Mama, a second-hand bookstore.