Talea, Emirates Palace, has a warm and family atmosphere similar to what one experiences after walking through the glamorous hotel in Abu Dhabi. It is a gourmet restaurant, which opened its doors in March this year and is the franchise’s first restaurant outside of Italy.

The Italian restaurant is a dining experience led by Michelin-starred chef Antonio Guida. The restaurant, which is tucked away on the lower level of the spacious hotel, is sumptuous with an atmosphere that is both relaxed and sophisticated.

As you step through the doors of Talea, you will experience vibrant hues and the warmth of Italian hospitality. The interiors of the restaurant showcase magnificent two-tone columns and walls covered with magnificent works of art inspired by Italian landscapes: ports and palaces, lakes and luxury mansions, cities and Roman ruins, embellished with precious lights and geometric floors. This gives the restaurant a contemporary feel.

My table mate and I chose to sit in a quieter private dining room where the tables are far apart. But there are other options such as seats with giant picture windows overlooking the cityscapes. A chic outdoor terrace with its elegant water feature is also available for a decadent alfresco dining experience. A select few seats have a privileged view of the skilled chefs at work.

The service at this Italian restaurant was the most enjoyable part of the evening. The staff were extremely warm and welcoming. Our server took the time to guide us through the extensive menu.

Talea’s menu is inspired by Guida’s distinctive culinary alchemy and interpretation of classic dishes traditionally known and loved by many households across Italy. Each dish is freshly prepared by the restaurant team using only the finest and freshest ingredients. 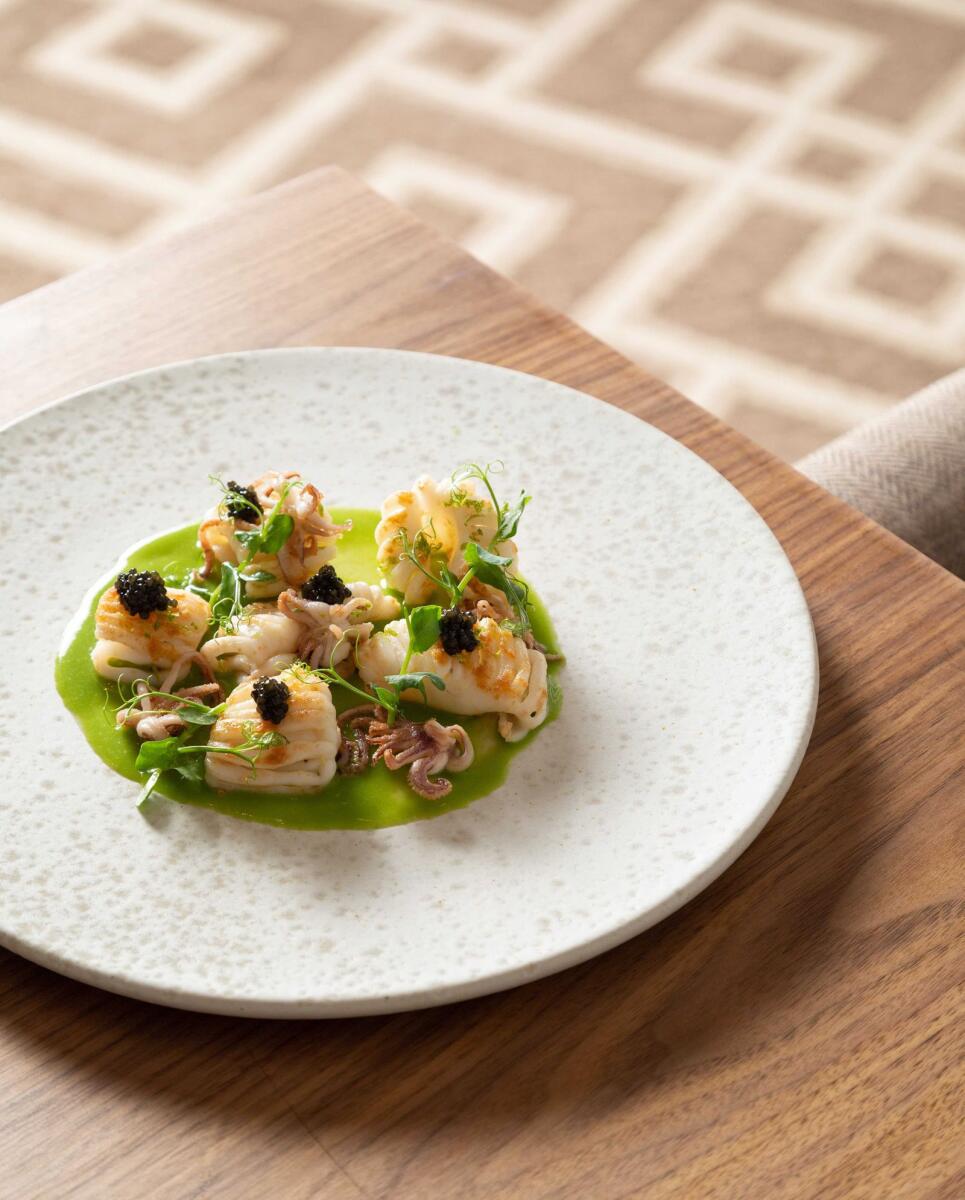 From its famous artisanal ravioli, carbonara and other pastas to artisanal pizza, the freshest salads and antipasti, the creamy and irresistible burrata, the ossobuco – veal shank simmered in meat sauce and the vitello tonnato – the summer dish of chilled veal in a tuna and caper sauce that is an integral part of Milan’s Feast of the Assumption, Talea’s gourmet delights fuse the traditional techniques of Milanese classics with an innovative edge to present a mouth-watering interpretation that is the hallmark of Guida factory. 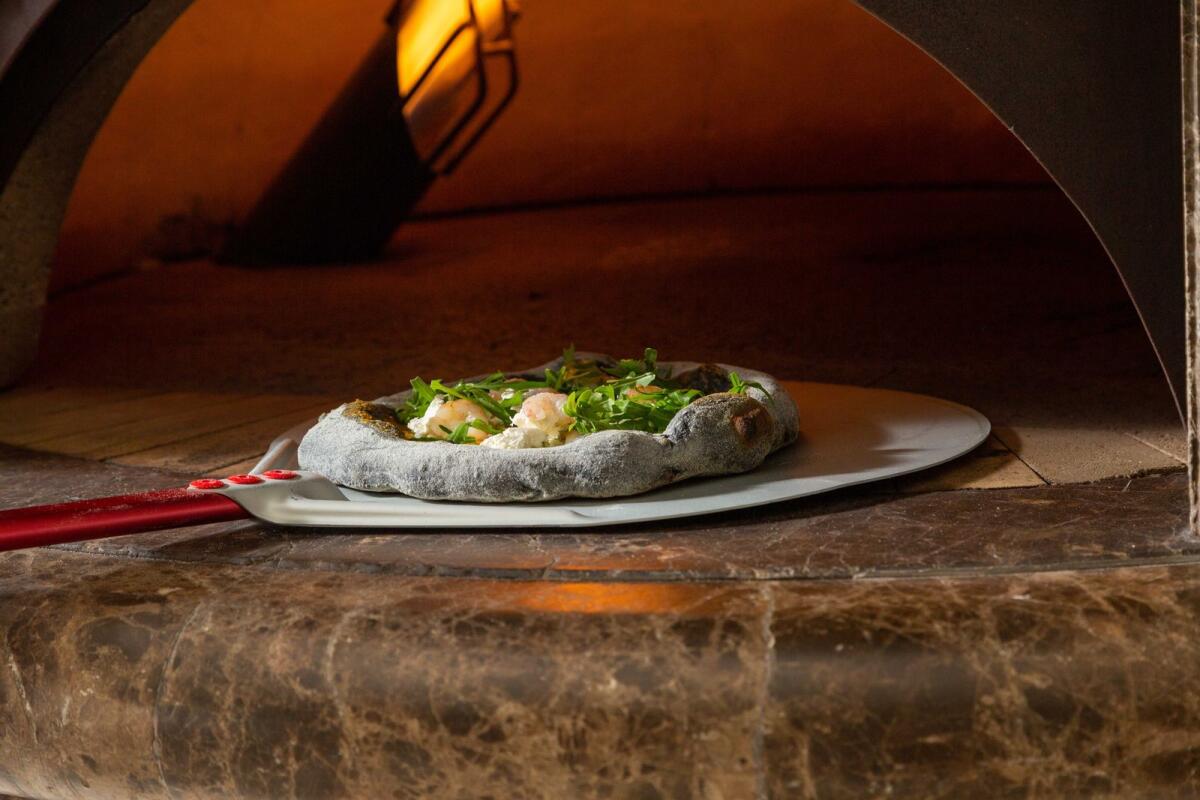 At first we were served the artisan pizza followed by the ricciola, a amberjack dish with tuna which was a delight. The delicious dish features a piece of fish seared until slightly reddened. It comes placed on a spearmint vinegar sauce giving it a balanced flavor.

Some dishes worth mentioning are the ravioli and the amberjack tuna ricciola as the pasta was done to perfection in texture and taste. The ricotta-filled dish is soaked in a lemony, buttery, and wonderfully flavorful sauce. Also, the sea bass and red prawns containing tartar with a coulis of yellow cherries and tomatoes and the spaghetti – homemade spaghetti with garlic, olive oil, chili flakes and sauce with seafood. Dessert lovers can also enjoy classic tiramisu, petit fours and more. 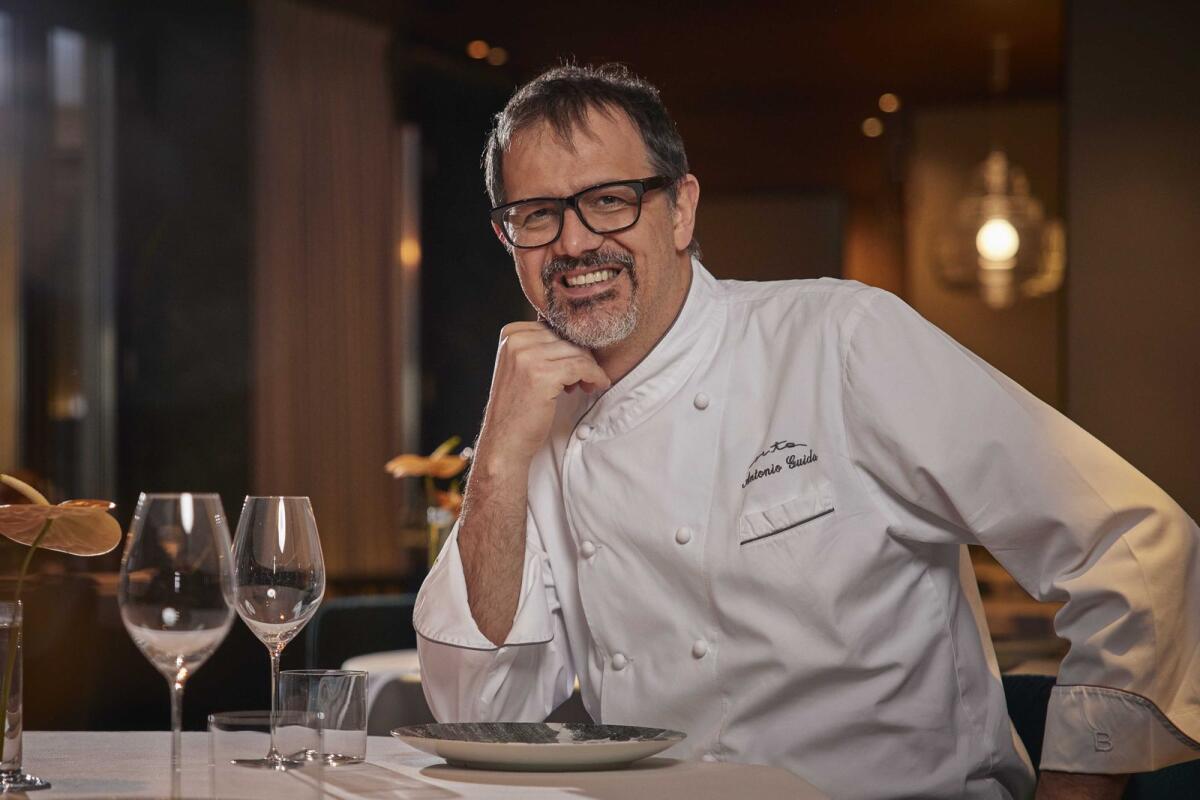 “With our ‘Italy meets Abu Dhabi’ concept, I am thrilled to offer our guests at Talea a new culinary theater that features a fresh take on enduring Italian favorites, as well as rare and unusual combinations. At the heart of the Talea experience are simple dishes lovingly created with the freshest seasonal ingredients that seek to delight guests with flavor and visual appeal,” said Chef Guida.

The chef’s talent for culinary alchemy has seduced many prestigious Michelin-starred restaurants around the world and earned him recognition as one of the best Italian chefs. Guida honed her skills in Europe and Asia, primarily at Michelin-starred restaurants, including Pierre Gagnaire in Paris, Enoteca Pinchiorri and Don Alfonso in Florence, and La Terrazza Hotel Eden in Rome.

An extremely well done Italian job, dining at Talea is a true luxury experience that you will want to savor again and again.